Pericope of the Week: The Theological Declaration of Barmen

Over the years I have regularly taught a university course on Christians in Nazi Germany. I am doing so again this semester. Since I continue also to serve a pastoral vacancy in our area, a few weeks ago I began an adult class there on the same topic. This week both sets of students are examining the "Theological Declaration" that came out of the confessing synod that met in Barmen, Germany in May, 1934. The purpose of the Declaration was to identify the false teaching of the so-called "German Christians," those who sought to change the Protestant Church in Germany to reflect Nazi ideology, for example, by excluding from the pastoral ministry those Protestant pastors who were of Jewish ancestry, and to call upon those who accepted the Declaration to act in accord with its judgments.

The principal author of the Declaration was Karl Barth, professor of Reformed theology at the University of Bonn, although some Lutheran theologians made contributions to it as well, most significantly in the fifth article (which was not a part of Barth's original draft).


Unfortunately, the English translation of the Declaration that occurs in Arthur C. Cochrane's book, The Church's Confession under Hitler (Philadelphia: Westminster Press, 1962; pp. 237-42), is not entirely accurate. The online reproduction of that translation (http://www.sacred-texts.com/chr/barmen.htm) also includes material that was not originally a part of the Declaration itself, and it omits some material.

I have therefore attempted a translation of the Declaration myself and include it below as this week's "pericope." My translation is based on the seventh German edition: Martin Heimbucher and Rudolf Weth, eds., Die Barmer Theologische Erklärung: Einführung und Kokumentation, foreword by Wolfgang Huber (Neukirchen-Vluyn: Neukirchener Verlag, 2009), 33-43.

If anyone has suggestions for improving my translation, please feel free to share them with me.

I should add that I have written about two German-Lutheran theological responses to the Declaration in the 1930s. The first response was basically positive, namely, that of Edmund Schlink, who signed the Declaration and became a member of the Confessing Church. (See my essays: "Edmund Schlink (1903-1984), Lutheran Quarterly 23 [Winter 2009], 406-38; "Edmund Schlink on Theological Anthropology, the Law and the Gospel," Lutheran Quarterly 24 [Summer 2010], 151-82). The other response, however, was basically negative, namely, that of Werner Elert. (See my essay, "Werner Elert in Retrospect," Lutheran Quarterly 20 [Autumn 2006], 249-302). Whereas Schlink likely could not have supported the Declaration had the fifth article been excluded, Elert could not support the document because he thought the first two articles were contradicted by the fifth article. For him, Jesus Christ is not the only word of God, and the other word, that of the divine law, is to be sharply distinguished from the promise of the divine gospel. Such a distinction also relates to the Lutheran insistence that God works in the world through two differing operations, the so-called "two kingdoms," which is summarized in the fifth article of the Declaration.

According to the opening words of its meeting on July 11, 1933, the German Protestant Church is a federation of confessional churches which grew out of the Reformation and which have equal rights beside one another. The theological presupposition of the unity of these churches is given in Articles 1 and 2.1 of the Constitution of the German Protestant Church, which were recognized by the national government on July 14, 1933:

Article 1: The inviolable basis of the German Protestant Church is the gospel of Jesus Christ, as it is attested for us in Holy Scripture and brought to light anew in the confessions of the Reformation. Hereby the full power and authority which the church needs for its mission are determined and delimited.

We, the unified representatives of Lutheran, Reformed, and United churches, free synods, church congresses, and congregational organizations at the confessing synod of the German Protestant Church declare that we stand together on the basis of the German Protestant Church as a federation of German confessional churches. Thereby the confession of the one Lord of the one, holy, universal, and apostolic church binds us together.

As members of Lutheran, Reformed, and United churches we may and must speak together today about this matter. Precisely because we want to be true and remain true to our diverse confessions, we may not keep silent since we believe that in a time of common emergency and crisis it is fitting for us to speak a common word. We commend to God what this may mean for the relationship of the confessional churches to one another.

In view of the errors of the German Christians and the present government of the national church, which are desolating the church and thus also the unity of the German Protestant Church, we confess the following evangelical-Protestant truths:

1.   "I am the way and the truth and the life; no one comes to the Father but through me" (John 14:6). "Truly, truly I say to you: he who does not enter into the sheepfold by the gate but climbs in by another way, he is a thief and a murderer. I am the gate; if anyone enters by me, he will be blessed" (John 10:1, 9).
Jesus Christ, as he is attested to us in Holy Scripture, is the one word of God that we are to hear, which we are to trust and to obey in life and in death.
We reject the false doctrine, as if the church can and must recognize as sources for its preaching, apart from and beside this one word of God, also other events and powers, figures and truths as God's revelation.

2.   "God made Jesus Christ to be for us our wisdom and righteousness and sanctification and redemption" (1 Cor. 1:30).
Just as Jesus Christ is God's assurance [Zuspruch] of the forgiveness of all our sins, so also, and with the same earnestness, he is God's powerful claim [Anspruch] upon our entire life. Through him a joyous liberation from the godless conditions of this world occurs for us, a liberation for free, grateful service to his creatures.
We reject the false doctrine, as if there are domains of our life in which we do not belong to Jesus Christ but to other lords, domains in which we would not need justification and sanctification by him.

3.   "But let us be upright in love and grow in every respect into him who is the head, Christ, from whom the whole body is joined together" (Eph. 4:15-16).
The Christian church is the congregation of brothers in which Jesus Christ acts presently as the Lord in word and sacrament through the Holy Spirit. As the church of forgiven sinners, it has to testify in the midst of the world of sinners, both with its faith and its obedience, with its message as well as with its order, that it alone is his property, that it lives and wants to live solely from his comfort and by his direction in anticipation of his appearance.
We reject the false doctrine, as if the church could relinquish the form of its message and its order to its own pleasure or to changes in prevailing ideological and political convictions.

4.    "You know that the worldly rulers lord over others and the chief lords have power. It shall not be so among you; but if anyone wants to be great among you, let him be your servant" (Matt. 20:25-26).
The various offices in the church do not establish any lordship of one over the others, but the exercise of the ministry is commanded and entrusted to the whole congregation.
We reject the false doctrine, as if the church, apart from this ministry, could give itself and allow itself to be given over to special leaders who are vested with ruling powers.

5.     "Fear God, honor the king" (1 Pet. 2:17).
Scripture says to us that the State, according to divine arrangement, has the task to be concerned for justice and peace in this still unredeemed world in which the church also stands, and to do so according to the standard of human insight and human ability, under penalty of threat and the use of force. In gratitude and reverence toward God, the church recognizes the benefit of this, his arrangement. The church reminds itself of God's kingdom, of God's command and justice, and thereby, of the responsibility of those governing and of the governed. It trusts and obeys the power of the word by which God upholds all things.
We reject the false doctrine, as if the state, beyond its special task, should and could become the single and total order of human life and thereby fulfill also the intended purpose of the church.
We reject the false doctrine, as if the church, beyond its special task, should and could take over state-governmental actions, state-governmental tasks, and state-governmental positions and thereby become itself an organ of the state.

6.    "See, I am with you every day until the end of the world" (Matt. 28:20).
"God's word is not bound" (2 Tim. 2:9).
The task of the church, in which its freedom is grounded, consists in this, namely, to pass on the message of the freeing grace of God to every nation, in the place of Christ and thus in service to his own word and work through sermon and sacrament.
We reject the false doctrine, as if the church, in human arrogance, could place the word and work of the Lord in service to any arbitrarily-chosen wishes, goals, and plans.

The confessing synod of the German Protestant Church declares that it sees in the acknowledgement of these truths and in the rejection of these errors the indispensable theological foundation of the German Protestant Church as a federation of confessional churches. It invites all who are able to agree with its declaration to keep in mind these theological judgments in their church-political decisions. It requests all whom it concerns to return to the unity of faith, love, and hope.

Verbum Dei manet in aeternum. [The word of God remains to eternity.]

Europe 2021: Art and Churches in Germany, France, and England (A VU Alumni Tour)

Join Dr. Becker and Dr. Buggeln in Europe in July 2021 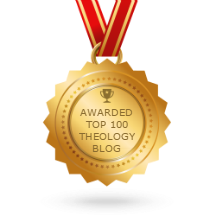 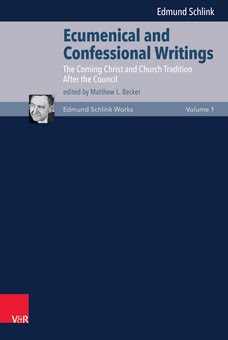 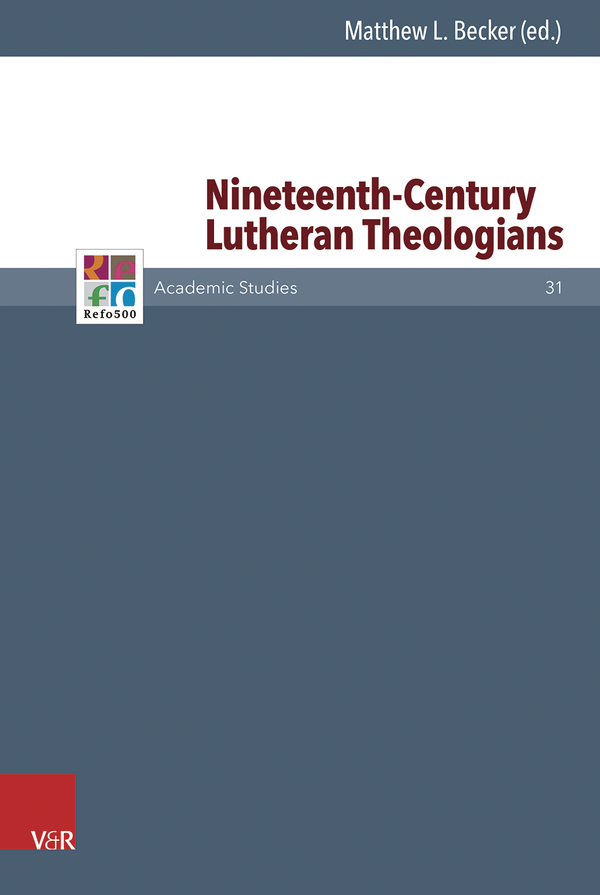 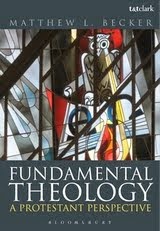 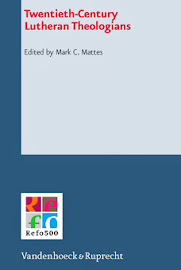 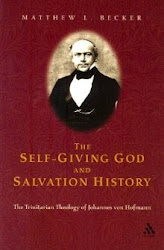